My Review Of The Year Of Less: A Memoir About Spending Less & Minimalism

Here's my review of the book, The Year Of Less, which is a memoir about the author's year long journey to spend less, and get rid of excess in her life and home. 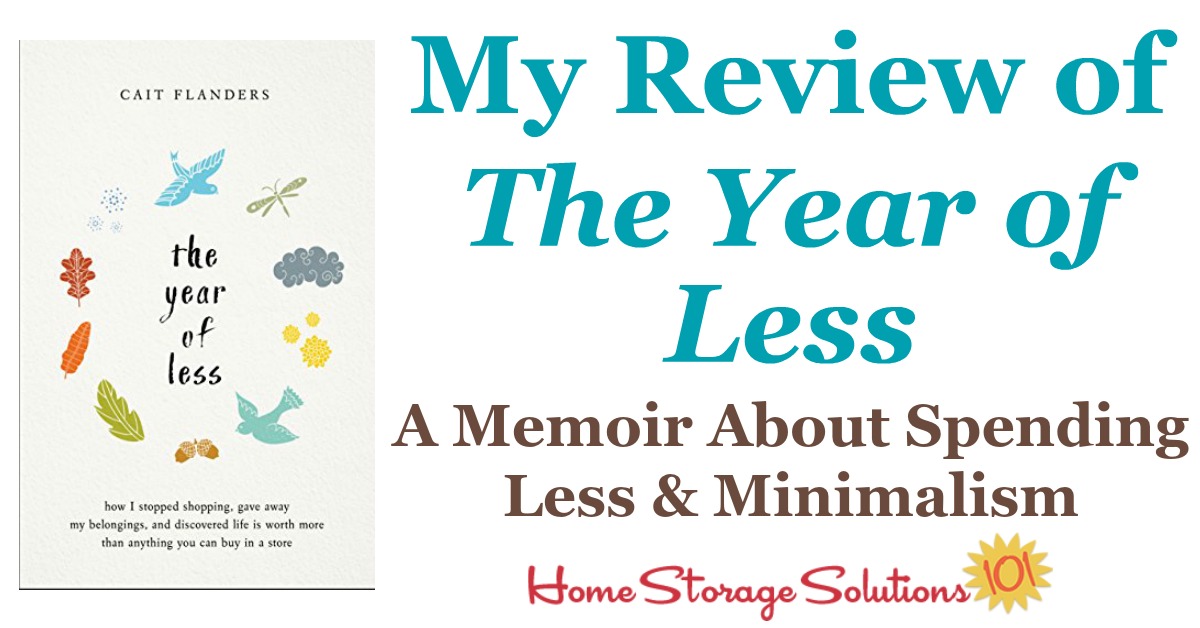 I'm a sucker for memoirs, audiobooks, and good deals, and recently the book "The Year Of Less" was on sale with Audible, my go to resource for audiobooks, and so I purchased this book, written by Cait Flanders.

There were a couple reasons this book caught my attention. First, I was intrigued by the subtitle for the book, "How I stopped shopping, gave away my belongings, and discovered life is worth more than anything you can buy in a store."

Plus I enjoy listening to stories of anyone who has gone through any type of decluttering process in their own homes, to see how it compares to my own experiences, and if there's anything I can glean for myself (or for readers of this site) about how to clear the clutter from homes from their experiences. 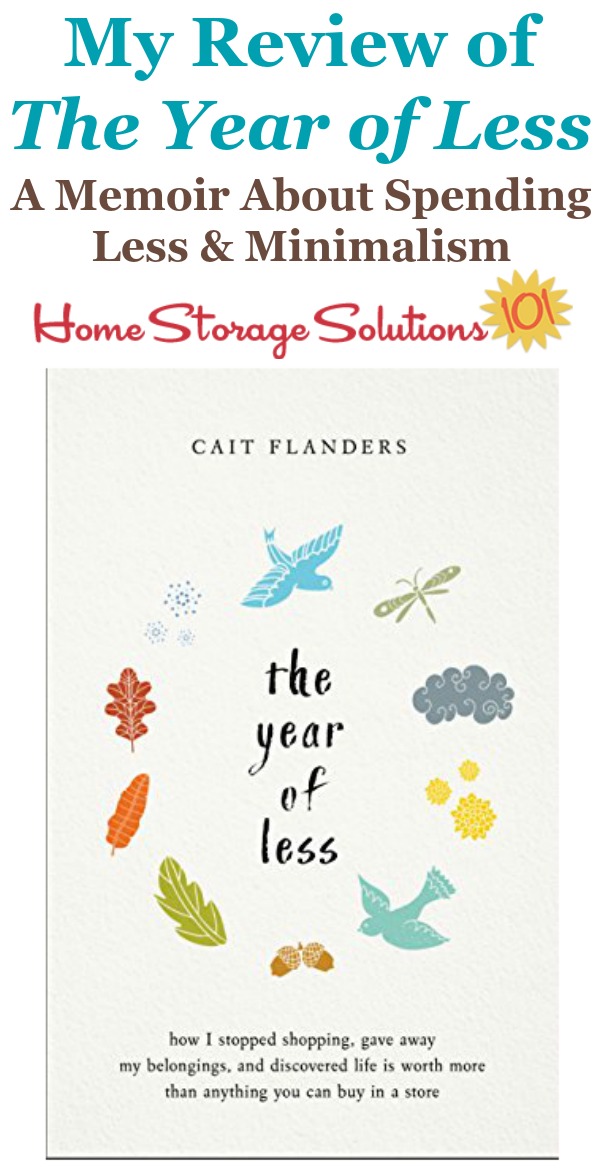 After listening, I wasn't disappointed, since this book has all of those things that interested me in it, plus in addition, it also has a personal finance element to it. This personal finance and spending discussion I also found really helpful because there is a lot of connection for many of us between our desire to buy and purchase things to make us feel a specific way, and the accumulation of clutter in our homes.

One Small Con About This Book, And How I Resolved It

Before I get into why I ultimately did enjoy this book, and would recommend it to others, let me tell you a small con about this book, at least with how I experienced it -- as an audiobook.

This book was read by Ms. Flanders, the author, and I feel like she really took to heart the instructions from the audio technicians to read slowly (something I've found just about all audiobook narrators tend to do).

There's probably good reason for the general rule of thumb to speak slowly, and enunciate for audiobook recordings, but listening at 1.0x speed, or even at 1.25x speed (which is how I normally listen to audiobooks) I felt like her narration was dragging, and monotone. But when I sped it up further, to 1.5x speed (and Audible's app has this cool feature that allows you to listen at faster speeds without the narrator sounding like one of the chipmunks from Alivin and the Chipmunks) her voice sounded natural, pleasant, had a range of emotions, and I was glad I got to listen to her story in her own voice.

So, that's just a little hint from me that I recommend listening at a faster speed if you happen to get the audio version of the book.

Once I got past my minor issue with narration, and began to listen to the book, I was quickly engaged.

This Is A Self-Journey, Not A Book About Kids Or Spouses

The Year Of Less, as I mentioned briefly above, is not a book solely about decluttering. Instead, the book has sprinkles of her journey with decluttering, but in addition it also focuses on the main part of her self-imposed challenge, doing a no spend year where she bought very little. In addition, as fair warning, the book also discusses at length her thoughts, emotions, and challenges with her continued sobriety during that same year, as well as some relationship issues.

Ms. Flanders is a young woman who lives on her own, without kids or a live-in partner, and so, in some ways, she's not much like me, since I've got a husband, and a house full, with three busy kids that have my husband and I going this way and that most of the time. Even though our lives weren't similar in these ways, I could still understand and connect with many of the things she felt and described in the book, especially as it related to her emotions surrounding why she bought certain things, and why she decided to get rid of a lot of her possessions over the course of the year.

That is to say, this book isn't going to give you any guidance or insight into life with kids or a partner in the mix, but it can still connect with you on a personal level, to help you with your own self-reflection about your issues with stuff and spending money.

One of the main reasons I chose to read the book was because she addressed the topic of decluttering, and Ms. Flanders definitely did a LOT of decluttering during her year of less.

In fact, during her first and biggest purge of her possessions, toward the beginning of the challenge, she got rid of 43% of the stuff in her apartment, and by the end of the year, by means of several more rounds of purging, she'd gotten rid of 70% of her stuff.

I feel like there's a difference between decluttering and the concept of minimalism. In fact, I should probably do a blog post sometime about what I think are the differences between these two concepts, and Ms. Flaners, during her Year Of Less, definitely embraced minimalism over mere decluttering.

For me, at least, decluttering is removing unneeded and unwanted possessions in your life, so that you can function better in your home. Minimalism goes above and beyond that, trying to continually raise the bar in terms of figuring out how much you can life without. In other words, decluttering is getting rid of too much, and minimalism is having as little as necessary.

While I tend to personally shy away from the extreme minimalism that Ms. Flanders eventually embraced, I did appreciate hearing her thoughts about the process, her emotions surrounding how she accumulated and then let go of so much, and how she felt living a more minimalist life.

I realize everyone has their own clutter threshhold, and what amount of "stuff" surrounding them they like, versus when it becomes too much. I'd say Ms. Flanders clutter threshhold is MUCH lower than mine, but that's OK. Everyone has to figure that out for themself, which is why I like memoirs like this to help everyone identify what they do resonate with, and what they don't.

The No-Spend Challenge & The Emotional Triggers Of Spending Money

I keep calling this book a memoir, and I'm not sure someone else would call it that or not, but it had such a personal story arc within it that this is what it felt like to me. It definitely wasn't an instruction manual of how to do it for yourself, execept for a small chaper at the end where she tried to give some how to information on the no-spend challenge part of the book.

Along with the information about decluttering and minimalism, that was sprinkled throughout the book, the big focus of this book was on her no-spend challenge, where she challenged herself to stop purchasing a lot of things for a full year. (She explained her rules for what she could and could not purchase in great detail, so I won't spoil it.)

I thought, when I purchased the book, I was listening for the decluttering information, and this additional personal finance information would just be gravy. However, I really enjoyed the portions of the book discussing the No-Spend Challenge, and it resonated with me more than I thought it would.

Ms. Flanders discussed how she had never before considered herself a shopaholic, because what she purchased didn't fit with the cliche of what shopaholics purchase -- things like clothes, accessories and makeup. But then, as she stopped buying so much stuff, she came to realize that she did have emotional triggers for many of the times she wanted to spent money, and that therefore, in some sense, she was a shopaholic. She just liked to buy things like books and take out coffees instead of makeup.

I confess, as I listened to her thoughts on why she'd spend, or have the urge to spend, that I could hear echoes of similar things I've told myself in my own head. Things like, "I deserve it," or "You only live once," or "treat yourself."

She also discussed the common problem of impulse purchases, which I know I definitely related to! (In fact, this book for me was an impulse purchase. I had no idea who Cait Flaners was before I read it, even though come to find out she's a blogger who runs in some of the same wider circles of people I know.)

But now I'm really glad I did get it, and that I read it, and if you like memoirs I think you might like it too.

Conclusion {And Why I Think You May Like This Book}

The Year Of Less gave me some fresh perspectives on how our spending habits cause and contribute to our accumulation of clutter in our homes, and some of the emotional issues we have to work through when both decluttering and choosing to more consciously and intentionally spend our money, to fix some of the root causes of these problems in our lives.

This is not a how to book, and as such it doesn't provide any type of clear roadmap for you for decluttering, or for spending less. However, it can help you think of some emotional issues and social pressures that may be causing you to spend money you don't have, or to accumulate clutter you don't really want, and to do some self-reflection about what you want to do about it, now that you've become, perhaps, a bit more self-aware.

You can get The Year Of Less in many different book formats, including paperback, hardback, Kindle, and audio, so see the links below:

If you read this book I'd love to hear what you think about it, so tell me your thoughts below in the comments!

In addition, here is my round up of my reviews of books about organizing and decluttering in case you're looking for more things to read! 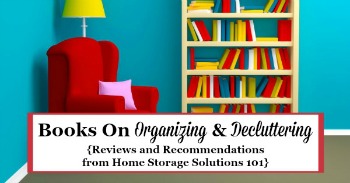 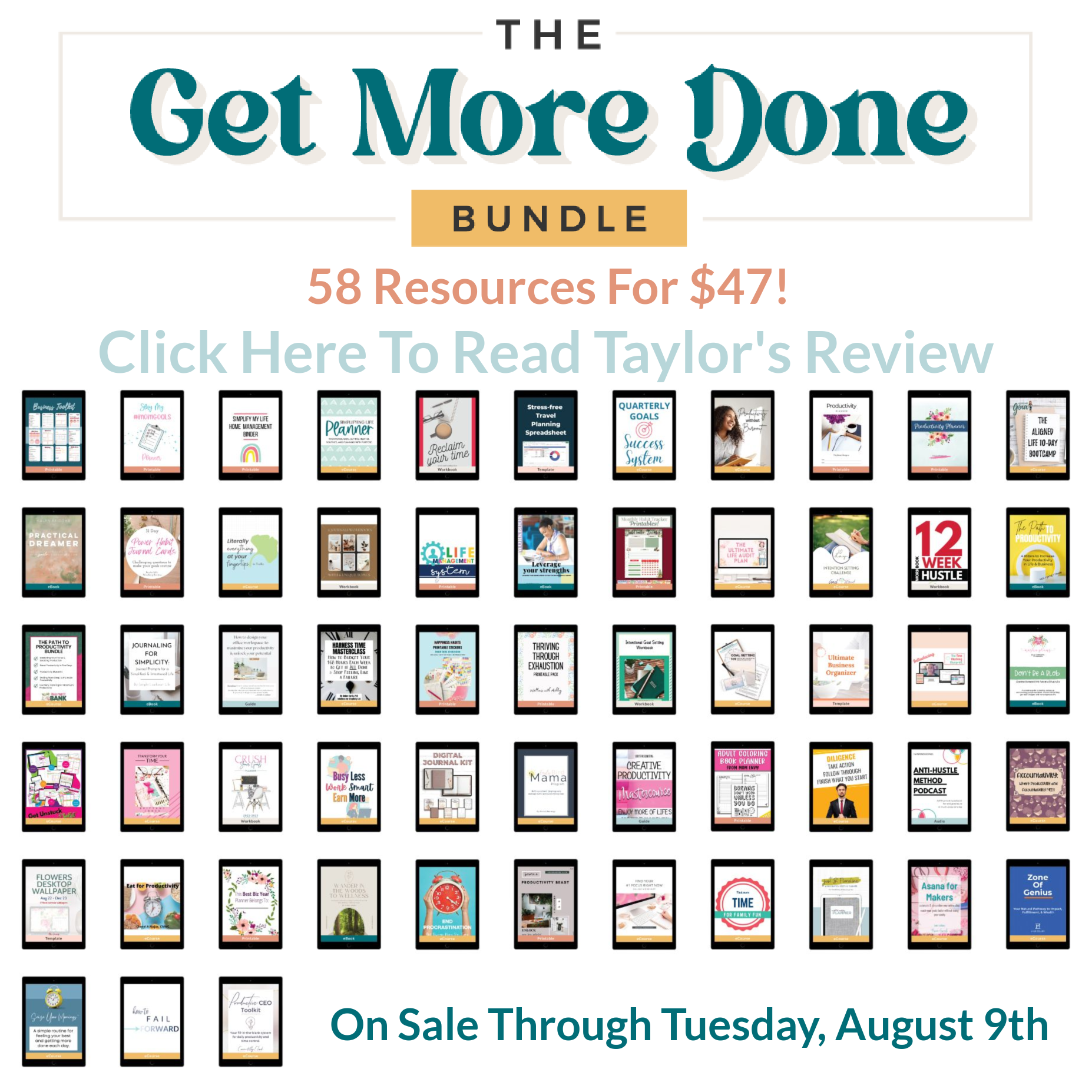 The Organizer Store: Products To Organize & Improve Your Home & Life 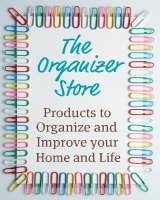 Products To Organize Your Home & Life 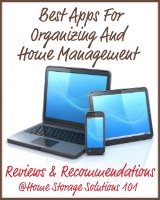 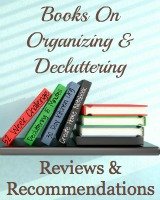